It’s March Madness at The Farm, so here are 64 reasons to buy a Ventura new home now!

It’s getting crazy around here as the Spring buying season seems to have started early and Ventura new home buyers flock to The Farm. Sounds like March Madness to us, but you don’t need to fill out a bracket to figure out what the most important features are for you in your new-home search. If you’ve spent any amount of time in Ventura, you’re probably already aware of why this city is so ideal and desirable. But we’ve laid out 64 reasons (to coincide with the field of 64 for the upcoming NCAA Tournament) to buy a home here, anyway, and we’ll be revealing them 16 at a time. 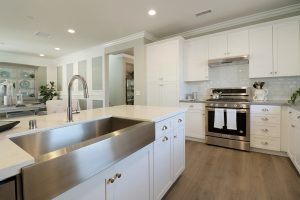 Olivas Plan 3 at The Farm showcases the floorplan design and features that are enticing buyers to purchase a Ventura new home.

For more information about buying a Ventura new home,, visit The Farm. This new Ventura County masterplan offers two on-site parks and four single-family and attached new-home communities that showcase the best of family living while embracing nature and sustainability and honoring the city’s proud agricultural heritage. The Farm’s new-home offerings include:

You can also register your name on the VIP interest list to ensure you are kept up to date on phase releases and community news.