Live in Ventura? You’re in one of the happiest cities in the nation.

If you think people just seem more joyful in Ventura, well…you’re right! The city was just named to National Geographic’s list of the Happiest Cities in the United States, which comes as no surprise to those who live in Ventura.

“It’s true! Venturan’s really do smile a little wider,” said the Ventura Visitor’s Bureau. “Best-selling author, Dan Buettner, teamed up with the National Geographic Explorer and Gallup’s social scientists to develop an index that identifies measurable expressions of happiness in order to find the happiest cities in America. In happier places, according to Buettner, locals smile and laugh more often, socialize several hours a day, have access to green spaces, and feel that they are making purposeful progress toward achieving life goals.”

The list was established through Buettner’s work with social scientists from Gallup,” said National Geographic. “Designed by Gallup senior scientist […]

Looking to live in Ventura but want a more customized approach to your new home? Discover Sespe, now selling at The Farm, by Williams Homes. These semi-custom homes in Ventura offer expansive floorplans and the opportunity to add personal touches to the home designs, features, and finishes. With such strong interest in these semi-custom homes in Ventura and 5,000+ people at our Grand Opening last weekend, buyers are encouraged to register on the VIP interest to ensure you are able to purchase the home of your choice. 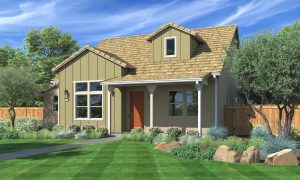 Plan 1 at Sespe is popular with buyers who want to live in Ventura because the home lives like a one story.

Sespe is one of four gracious new-home communities at […]