The hottest Ventura new home trends: Why alley-loaded homes are so ideal

If you could travel back to the post-war period between the late 1940s and the late 1960s and tour American homes, you might be surprised at what you’d see—or more to the point, what you wouldn’t see: a garage smack dab in front of the homes. That’s because homes weren’t built around cars then; they were built to encourage social interaction. Come tour the Ventura new home community of Sespe at The Farm, the city’s newest masterplan, and you’ll see why alley-loaded homes have made such a strong comeback.

When cars first became because prominent in American lifestyles, they were parked at the rear of the homes, where garages were located “so as to not interfere with the aesthetics and functions of the front of the house,” said Michigan State University (MSU) in a paper on “How attached garages changed traditional neighborhoods.” Garages were considered “storage” and the front of the house provided “a point of interaction with people on the sidewalk.” Across the country and in Ventura new home offerings like Sespe, builders and buyers alike are embracing this return to traditional communities that foster that sense of community. 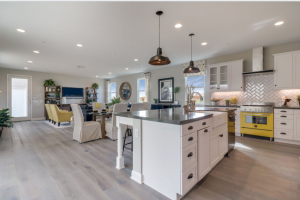 The light streaming through the Sespe Plan 2 Ventura new home is one of the advantages of placing the garage at the back of the residence.

An urban explosion of alley-loaded homes in cities like Denver are allowing builders “to tuck garages behind houses, leaving the front free for porches and other design features,” said Mike Rinner, executive vice president of The Genesis Group, an Englewood, CO-based market research and analysis firm, in the Denver Post.

Suburban communities are equally interested in adding the inviting warmth this type of home can bring. Olde Town at Millcreek is a community of alley-loaded homes in Lafayette, LA that strives “to capture that unique character, charm, and quality of life that is typical of many small towns that are forever etched in our memories.” Communities of alley-loaded homes in Texas, Florida, Idaho, Arizona, and throughout California in places like Valencia, Sacramento, Colton, Westminster, San Jose, and Fillmore, just to name a few, agree.

This growing trend has been building for several years as developers like Williams Homes seek ways to build more innovation and function into their communities by designing new homes that suit modern lifestyles. A spirit of innovation was one of the driving forces behind the developer’s design for Sespe at The Farm, but it wasn’t the only one:

We have become so accustomed to seeing garage-fronted homes that we almost don’t understand what we’re looking at when we see a home without one. “Alleys take garages off the street and tuck them out of sight,” said The Town Paper in Kentlands, MD. “Imagine, for example, the often-photographed row of old-fashioned Victorian homes on San Francisco’s Alamo Square. The Victorians stand close together and to the street. No garages disrupt their beauty.” 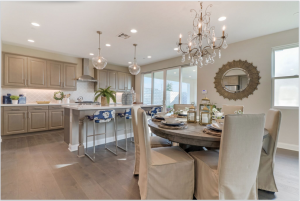 The open floorplan of Sespe’s Plan 3 creates easy flow between the island kitchen and living and dining areas in this gorgeous Ventura new home.

The truth is that removing the garage opens up endless possibilities for exciting and highly functional floorplans, is ideal for the open plans desired by buyers today, and results in abundant natural light that now has a chance to stream through the home without being blocked by the garage.

“By cutting the space between houses, alleys encourage social contact among neighbors,” said The Town Paper. “Rebuilding the social fabric of our neighborhoods” is a common goal shared by many developers and cities today, and is one Williams Homes has been proud to embrace at The Farm with communities like Sespe.

Whether you’re buying your first home in Ventura or looking for an ideal retirement experience in a friendly, modern community, you may feel nostalgic for the traditional neighborhoods of your youth, when kids rode bikes down the street and families went for after-dinner walks with the dog. Sespe was configured to encourage recreation by bringing the activity out front.

Alley-loaded streets take cars away from the road, which can give families a safer place to walk, play, meet each other, and spend time outdoors, just like the good ‘ole days. 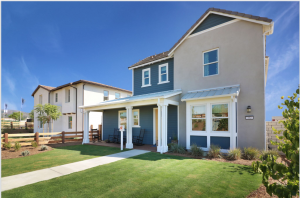 Sespe offers semi-custom homes in Ventura with four to five bedrooms, three to four and one-half baths, and up to 2,781–3,343 square feet. Sunny interiors and open floorplans present gourmet island kitchens, great entertainment spaces, large bedrooms, and separate apartments over the garage in two plans. Buyers looking for a space that’s ideal for kids returning home, aging parents, or as a rental that can help pay the mortgage love these private units with full kitchens, baths, living space, laundry, and separate parking. Plan 2 features a 410-square-foot studio and Plan 3 is a 504-square-foot one-bedroom.

This new Ventura master-planned community was designed with the needs of today’s buyers in mind, with four single-family and attached communities and two on-site parks in an ideal location. For more information about these Ventura new home opportunities, visit The Farm. You can also register your name on the VIP interest list.